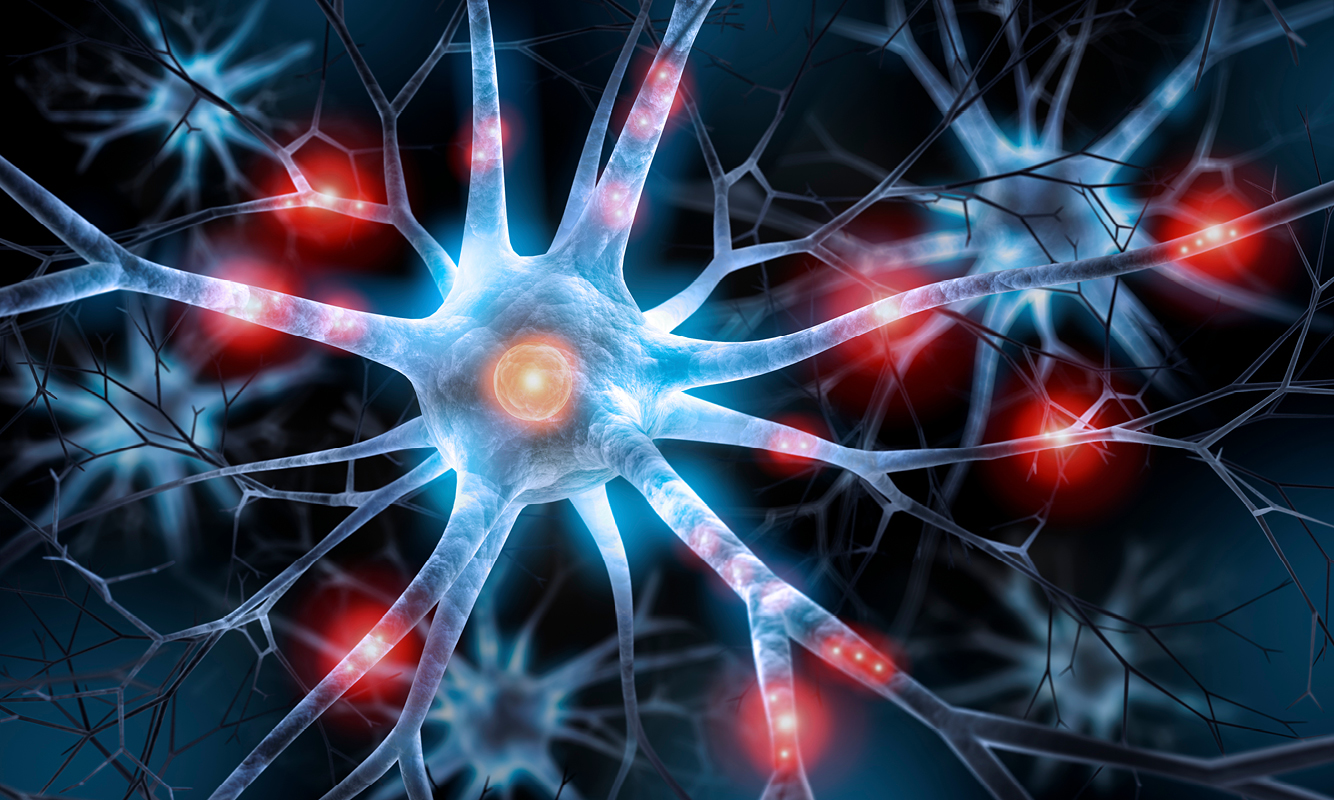 How Your Mind Works: Neurons, Building Blocks of Your Brain and All Behaviour

Powerful, specialised and built to transfer information: This is what a neuron is, how it works and what exactly neurons do in your brain

Simple. Powerful. And super effective. We at LifeXchange talk a lot about neuroscience, how the brain works and how it affects our behaviour. But what about the simplest, most basic parts of our brains and nervous system? The neuron.

Your brain is made up almost entirely of neurons – 100 billion of them to be precise. And did you know that just one neuron is enough to handle all the information you need to pass matric? That’s just one neuron, and you have 100 billion.

But what exactly is a neuron? What does it do, what does it look like and how does it work? We find out in the first of our #HowYourMindWorks series.

Plus: What can neurons teach us about the way we think and behave – at work, at home, everywhere. And how can you use it develop better, more sustainable and ultimately more profitable businesses?

WHAT IS A NEURON?

Neurons are traditionally what we think of when we say brain cells. And it’s true, neurons – along with other specialised cells called glial cells – are one of the fundamental units of the brain, but they’re the basic building blocks of the entire nervous system, so they connect your brain to every part of your body.

The most basic definition of a neuron is that it’s a nerve cell that specialises in transmitting information – through electrochemical signals – throughout the body and the brain. But, specifically in the brain, they also store our thoughts and thought patterns through neural pathways (connections between neurons) and ultimately define behaviour.

WHAT IS A NEURON’S FUNCTION (WHAT DO THEY DO?)

Neurons’ simplest function is as a network of cells that receive sensory input from the outside world (through your skin, for example) and then transmit the signals all the way to the neurons in your brain.

Neurons also send motor (movement) information from your brain to your muscles, for example, like a series of relay towers passing on a message from the brain to various parts of the body. But – in a slightly more complicated way – because they are such a fundamental working unit of our brains, neurons also play an incredibly important role in who you are as a person (but a bit more on that later).

The easiest way to imagine what a neuron actually looks like, is to imagine something like a tree.

Neurons have a cell body called the soma, which is like the trunk of the tree, just a little bulbous. This is the nucleus (brain) of the cell, where the DNA is located and where the cell makes proteins and enzymes. From the soma, each neuron has a couple of appendages that act as senders and receivers of information, called axons and dendrites.

Axons are like the roots of the tree, in that they come out of a special part of the soma and extend into the synapse part of the brain (the space between neurons). They are covered in myelin cells (where dendrites aren’t). And they are usually very close to the dendrites of other neurons because axons are the senders of the neurons – they send information along to other neurons.

Dendrites are like tree branches – they extend out of the other end of the soma, and they are the receivers of information from other neurons. Unlike axons, dendrites tend to grow and branch, especially when the neuron is very central to specific tasks in the brain.

There are some specific neurons in the cerebellum of the brain that have incredibly intricate dendrite systems that grow countless branches and offshoots – it’s amazing to see!

WHERE ARE NEURONS FOUND?

Neurons are nerve cells, and they are found all over the body, as part of the central nervous system. And you’ll find them in tighter clusters near sensory organs and, obviously, the spinal cord. But the absolute highest density of neurons is most definitely in the brain itself – because your brain is basically made up of neurons (and other very similar cells).

ARE NERVES AND NEURONS THE SAME THING?

Not really, no. We call a cluster of neurons a nerve. In the body, neurons (the individual cells) are gathered together in clusters, where they are “connected” by tissue, blood vessels etc. These clusters are what the word nerve describes.

TYPES OF NEURONS IN THE BODY: 3 KINDS

Neurons in the brain tend to be a little more complex and varied than other parts of the body, so it’s really hard to differentiate between specific types of neurons there. But, generally, through the body and especially the spinal cord, we find broadly 3 types of neurons:

These are the neurons that activate when your body gets input from the outside environment – when you touch something, smell or hear. They send off signals about the input they received to the rest of the nervous system and the brain.

These are the neurons that send information from your brain to your muscles and organs. It’s the ones that – as the name suggests – control your body’s functions and movement. We distinguish between “upper” motor neurons – the ones that transmit from your brain to your spinal cord – and “lower” motor neurons – those that transmit from the spine to your muscles and tissue etc.

These are the “in-between” neurons. They connect sensory and motor neurons, as well as all other interneurons.  And they can form quite intricate and impressive-looking neural networks.

NOW FOR THE AMAZING PART: NEURONS IN YOUR BRAIN

But even more exciting about the neurons in your brain is what it teaches us about who we are – specifically if you start looking at how many neurons we have and how they contribute to our thoughts and behaviour.

HOW MANY NEURONS IN YOUR BRAIN?

WHAT IS THE CAPACITY OF A SINGLE NEURON

Now, neurons are not storage devices – we store ideas through neural pathways and not inside individual neurons. But to give you an idea of the power of a single neuron, scientists calculate that one neuron has the capacity about equivalent to handling 250 000 bits of information. We double-checked and, yes, that is enough capacity to “store” all the information you need to pass matric – think about it, just one neuron is enough to pass matric. And you have 100 billion of them!

WHAT’S THE CAPACITY OF YOUR BRAIN?

Another way to think of it is to take the whole brain into account. Scientists reckon we can store about 2.5 million gigabytes of information – that’s 2500 terabytes or 2.5 petabytes. That’s a lot. Scientists say that, if you gave your brain a new piece of information every single second, it would take about 3 million years to fill it to absolute capacity.

Think about that for a minute. Now, consider again that we all have exactly the same number of neurons – so we all have roughly the same brain capacity. That’s right – there is no such thing as being smart or dumb, gifted or slow. It simply doesn’t exist.

And you can test that theory by taking 1 minute to play this simple neural network game.

So why are there people who don’t pass matric? Ah, that’s where behaviour comes in. See what creates the illusion of differently-abled people is how neurons in an individual come together to store thoughts, and how it drives our behaviour. Plus: There are systems in the brain that will disregard incoming information because your brain wants to focus on another stimulus instead – we’ll still talk a lot about the brain’s reticular activating system RAS and why your brain intentionally ignores certain information in the coming weeks!

A NEURON’S ROLE IN PROCESSING THOUGHTS

From a purely clinical perspective, it’s amazing to consider that everything you are – all your experiences, your loves, failures, beliefs, hopes, dreams, everything – is encapsulated in these simple transmitter cells.

Look out for our follow-up post on #HowYourMindWorks where we look at one of the biggest direct drivers of human behaviour (and a big key to understanding how to begin creating more effective businesses), neural pathways.

Why are some people more resilient than others? And how can we develop that skill among all our people? Discover resilience theory.

Discover the groundbreaking science of our neuromanagement workshops and advanced management training.

And learn to model high-performance behaviour in your company with mentoring training and how to sustain business growth with strengths based development and organisational development.

Did you know you can make impossible-seeming tasks suddenly feel way more achievable? Think running one of the toughest races in the world with zero practice. Here’s proof that you can rewire your brain.

And to see neural rewiring in action, check out the amazing story of Dr Cobus and the backwards brain bike.

For some awesome insights into human behaviour, check out Erikson’s theory on how we develop, creating resilient people through the circle of courage and understand each other better at work with the human development cycle.

You can also see neuroscience for business in action with our report on the Feedem Neuro Workshop.