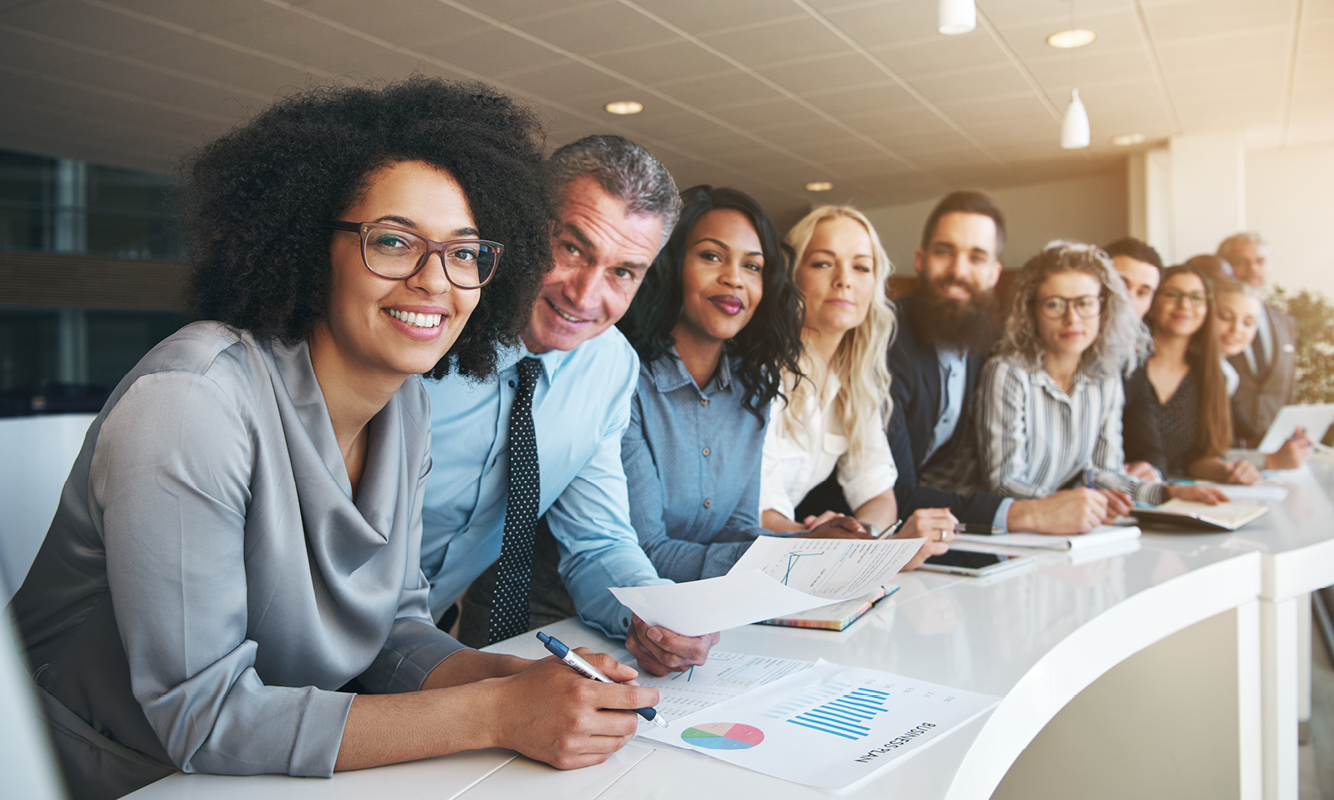 A culture of success: 9 Ways your company culture is important to grow and flourish

Environmental self-regulation. Why 91% are ready to quit. And the link between culture and performance. Company culture has become so much of a buzzword – see it everywhere: corporate culture, organizational culture, business culture – that perhaps we’ve lost sight of why we brought it up in the first place: Company culture is important for your business’ success.

It’s that vital. Your company culture is literally the reason some people connect with what you’re trying to achieve or not.

WHAT IS COMPANY CULTURE (AND HOW DO YOU DESCRIBE IT)?

The real definition of company culture is maybe a little surprising: It’s the way our people behave in response to situations in the company without having to think about it, it just happens naturally – explore this concept in our post on What is company culture.

PLUS: Discover the 4 most common company culture types.

Given that definition, you can get a glimpse of your company culture just by observing your people behave in response to a stimulus. What do people do when you make a sale, for example? Does everyone celebrate together, or is it just the sales team or maybe just the person who made the sale? Maybe no one celebrates, they just grind on.

Or what do people do when a mistake’s been made or a team missed a deadline? Does everyone jump in and start looking for solutions, or do they cower and start shifting the blame because they know heads are going to roll? Almost any situation imaginable becomes an opportunity to observe the collective behaviour, which gives you a glimpse of the company culture.

And it’s a super important exercise because we now know that company culture can have a huge impact on your business’ success. Here’s why:

9 REASONS WHY COMPANY CULTURE IS IMPORTANT

1. 9 OUT OF 10 EMPLOYEES WILLING TO QUIT BECAUSE OF CULTURE

One of the world’s biggest professional recruitment agencies, Robert Half & Associates surveyed over 9000 newly hired employees in 11 countries. And they found that a staggering 91% of them walk into a new job fully prepared to walk right back out within in the first month. That’s 9 out of 10. And 28% of them actually do.

Why? Well, 38% of those surveyed said they would quit because of the company culture. If it doesn’t feel right working there, they leave. Simple as that. Get all the insights into why new employees quit.

2. YOUR COMPANY CULTURE IS PART OF YOUR BRAND IDENTITY

Your company culture reflects the truth about your vision and core values. No matter what it says on paper, the true values and beliefs of the people held in your company show through their behaviour. If people feel free to speak up when they have something to say, they’ll speak up. If not, they won’t. And that will show your company’s communication culture, for example.

What’s more, stakeholders and people outside of your company will pick up on it, too. Even customers recognise on some level that, “wow, these people just speak to you so openly and honestly” and they’ll like or dislike that. And it becomes a part of your brand’s identity.

Your people will either advocate or criticise the company’s core values, and you’ll see it in their behaviour, if you take the time to look. Of course, you want advocates, so an alignment between your people and the culture is vital for how the world sees your company, too.

3. CULTURE FORMS NATURALLY, WHETHER YOU INFLUENCE IT OR NOT

Here’s the thing about culture: It’s a human thing. That means that, wherever you have a group of people together, a culture forms over time – a way of doing things. That means that your employees will develop a culture, whether you choose to have some say in it or not.

And it can be scary. If there’s nothing to drive positive interactions between people, it could become negative. Small groups breaking off gossipping about others, breeding resentment against management, for example. A common sight in many businesses today, driving down productivity and performance.

Knowing that you can imagine how important it is to take ownership of your company culture and, if you’ve never done it before, start right now in influencing it.

Recently, more and more studies are showing that your company’s performance has less to do with individual team members’ abilities (in fact, research shows leaning only on extremely gifted employees drives down overall performance) and much more to do with the social connections that form between your people – your social capital. There’s a lot of awesome research quoted in this TED Talk by Entrepreneur and CEO Margaret Heffernan:

Turns out that, the better people know and trust each other (see the benefits of workplace trust), the more willing they are to cooperate. And that’s essentially the core idea of business: cooperation. There’s even evidence that social connection and feeling valued is more important than your paycheque. See the science behind employee motivation.

Now, seeing as company culture is the hidden motivator for your people’s collective behaviour, it shouldn’t come as a surprise that it can hugely impact performance. If you have a very rigid top-down culture, for example, where the manager always has the final say, you’ll often find that people start shirking their responsibility. The boss isn’t going to listen to what I say anyway, so why even bother? This culture erodes people’s sense of responsibility and pride in their work. And you can bet productivity and quality is going to decrease.

See, we understand now that people need a certain environment to function optimally. By studying how humans develop, scientists have created theories and models to describe what’s needed to drive certain behaviours. And, if you want a healthy culture with people doing positive things, you need to invest in developing the right kind of environment inside of your company – see the Human Development Cycle.

Remember we said that 9 out of 10 new hires are willing to quit if they don’t like the company culture (see point 1)? That’s because your culture plays a huge part in job satisfaction. If you emphasise teamwork, for example, an employee who prefers working alone might be unhappy. It’s not wrong or right, it’s just human.

And the more you’re aware of it, the more you can prevent losses. High staff turnover is costing businesses billions every year. And replacing an employee can cost as much as their annual salary. So, the more you influence the culture within your company, the better you understand it and the more informed choices you can make about your people – improving job satisfaction and retention rates.

Remember we emphasised that culture is a natural human phenomenon (see point 3)? Well, we humans are extremely good at adaptation. That’s how we got to where we are today – our ancestors were more capable of adapting faster to their environment than other species. We’re hardwired to adapt.

But that same amazing skill can corrupt in the business world, changing behaviour, for good or ill.

If you have a culture of low performance in your company, for example, an obvious thing to do is to bring in someone who’s very talented, driven and with a proven record of success. You know, to come and “turn things around” for you. A new broom to sweep clean the plague of complacency.

Thing is, culture is extremely powerful. And more often than not you’ll find that the opposite happens: That new highly driven employee comes in and within a few months their standards drop and they start underperforming. Why? Culture. We’re hard-wired to adapt to the norm.

It’s called environmental self-regulation. And it works both ways. If you have a culture of efficiency, it will elevate even the lowest performers to the norm of high-performance. Fascinating stuff and just another reason to invest in understanding and directing your company culture.

8. YOUR COMPETITORS ARE PROBABLY FOCUSING ON IT

Remember we said company culture is a buzzword? Well, in increasingly competitive markets in a country that’s been showing less than ideal economic growth and rising inflation, you’ll find more companies are looking for alternative ways to make themselves more competitive.

Don’t know about you, but a more driven, productive and efficient workforce sounds pretty good right about now.

Here’s a new way to think about company culture specifically in a South African context. With our very diverse cultures in SA, what happens when you put groups of people from diverse backgrounds together in your workplace?

There’s a social phenomenon called environmental self-regulation, and psychologists know it very well because a lot of their treatments involving relationships revolve around it.

Basically, if you bring people from very diverse backgrounds together, they need a very strong new culture to perform, otherwise they start self-regulating back to their home culture. It’s fascinating and extremely powerful. And there’s a lot more to it if you read up on the need or stronger company culture in South Africa.

HOW TO USE COMPANY CULTURE TO CREATE SUCCESS

Considering these 8 potential benefits of company culture, you’ll want to get insights from people who study and implement this kind of stuff all the time. And the good news is that we at LifeXchange Solutions live and breathe for helping businesses understand how their people work, how to drive real change and how to use positive change to drive business growth.

And we’ve launched a new drive that focusses on sustainable development through a focus on company culture (among a few other exciting projects). We’ve brought together a group of really passionate and talented people in this field – #TeamCompanyCulture – and we’d love for you to meet them.

WATCH: HOW TO CREATE A HIGH-PERFORMANCE CULTURE IN YOUR COMPANY

Check out the organisational development work we do and, if you have any questions around company culture, ask us.

PLUS: HOW TO EVALUATE YOUR COMPANY CULTURE

Here’s a simple tool to help you measure and understand company culture.

The value of fairness and positivity: Explore the latest SA research on how to boost job satisfaction in low-income workers.

Watch: Discover what truly drives performance and how to create a high-performance culture in your company.

Discover: what is management really?

And see the 21 exciting benefits mentoring at work

For competitive advantage, we’re using neuroscience to understand businesses better. Discover neuromanagement and see some of our upcoming neuro workshops.